It was supposed to be an absolute highlight of my South American journey – trekking the Inca trail reaching the Machu Picchu at the end, the most mysterious ancient site of the continent. I was waiting for this moment with enormous anticipation for years, since my friends Karen (grown up in Peru) and Heinz shared with me their stories of Peru.

This trek was so important to me, that I started preparations for it few months before my journey began. In fact, it was the only activity of my whole journey, which I completely booked in advance, knowing that only limited amount of people can enter the trail daily. For this I contacted the best tour operator in Cusco, made my reservations and deposit payments and waited for three months for the day to come!

All was fine, I arrived on time in Cusco, made my check-in at the tour office and got my briefing. So far no altitude sickness, I was ready to depart next morning at 4am to a wonderful adventure of a demanding 3 day trekking, reaching Machu Picchu and Huayna Picchu on day 4.

The backpack was packed, I went to bed early that night, the alarm was set on 3am…And then it began. I woke up of a sudden strange abdomen aches and cramps. No idea where these pains were coming from. I tried to fix myself with pills, herbal teas, a hot shower and whatever came into my mind. Nothing helped, I got weaker and weaker and barely could walk. Undoubtedly there was no chance of departing for trekking 3 hours later.

I pulled myself together and went to the meeting point of the group. Luckily it was just two blocks away from my hotel. I talked to the guide and explained the situation.

“Looks like you have got an infection… happens here a lot to tourists.”

I started taking antibiotics immediately and spent the next two days in bed. Ate nothing, just water. Sometime in the afternoon of the day 2 I went to the tour office to see what was possible to do. I got no refunds for the Inca trail, however the costs for the rented equipment were completely refunded. My tickets were still valid for Machu Picchu and Huayna Picchu sites. So the only way to make it, was to catch a train from  Ollantaytambo to Machupicchu Pueblo on day 3, stay there overnight and get a bus to the site very early in the morning. I had no other chance but to follow this plan. Despite the cramps I still had, I booked the train tickets full of hopes, that the antibiotics would work faster and I would be ok by day 4.

The tour company (Llamapath) arranged a private shuttle for me to Ollantaytambo, where I got my train in time. Arrived in Machupicchu Pueblo in early afternoon, killed some time in a cosy restaurant at the chocolate river (officially called Urubamba). It was raining a lot. I found a short escape in the local artisanal market, where I could successfully kill some more time and get presents for friends and family. Yes, I do buy a lot of souvenirs :)!

Never discovered by spaniards or tomb robbers, Machu Picchu remained forgotten for many centuries. However the local Indians lived there, avoiding the taxes of peruvian government and using the Inca terraces for agricultural purposes. Sometime in 1910s Hiram Bingham, a US explorer and professor at the Yale University came to Peru in searches for Vilcabamba, the Incas’ last refuge of spanish conquistadors. Just by chance with the help of the local boy he discovered the ruins . The boy is considered to be the first Machu Picchu guide. With financial funds from National Geographics and Kodak, as well as the support of the Yale University, Bingham came back to Peru a few months later with a larger team of various scientists to excavate and explore Machu Picchu.

In fact, a german scientist discovered the site years before Bingham came there. He was working on behalf of Peruvian government on creation of precise maps of Urubamba River. He informed the government about his found, however they didn’t react anyhow. Perhaps because of lacking financial means or understanding the outreach and the historical value of the discovery.  Archeology was an unfamiliar field in Peru back then.

Good for Bingham and the Yale University! The vast majority of the treasures found in Machu Picchu were transported “for preservation and documentation” to USA. Only something about 10% were returned to Peru. Interesting, that Bingham didn’t “found” any gold items on the site, at least he didn’t document any. Knowing Incas it is hard to believe, that there were no gold or silver items in Machu Picchu, where the whole Inca elite resided.

The archeologists calculated, that the city was designed for 2500 people. This is how many visitors are allowed to visit the site in nowadays. The site was crowded despite the fact, that January is not really a high-season. Apparently there is no low season for Machu Picchu. Only 400 people daily are allowed to visit Huayna Picchu, the tickets are sold out months in advance.

Huayna Picchu is another Inca sacral mountain right next to the Machu Picchu. It is in fact about 400m higher than Machu Picchu and was the home of the high Priest of Incas and the local Virgins. It can be reached at the northern end of Machu Picchu site. Be ready for a steep climb of 0,5-1 hour (depending on personal condition) with absolutely awe-inspiring views. It took me a bit over an hour, as I was still very weak.

With my fears of highs I had huge problems going down. There was a moment I thought I was not gonna make it. Got stuck and couldn’t put a step down. Please allow me to mention, these were not steps, but narrow horizontal stones over 500 years old sticking out of the wall just enough for one foot. No handrails, nothing! God, that was scary!

Excuse me, could you please call a helicopter for me?

I kept asking myself “Tat, why do you have to do this? Why did you put yourself in such a miserable situation?” Well, frankly, it was not the first time I found myself freaking out after climbing somewhere high. Obviously never learned anything of that. Perhaps because every time after a minor panic attack I somehow manage to calm down and find my way out of it. The triumphal thought afterwards sounds always like “It wasn’t that bad, was it?” This feels so good!

Back to the question “Why did I have to do this?” Sometimes it is not only about the views and the landscapes, the things to be crossed off the bucket list, and definitely not because it’s cool posting these pics on instagram. Fighting own fears can be also a very rewarding and fulfilling activity.

I can’t say enough to thank Llamapath for their care and excellent service.

Previous The Peruvian Coastal Desert and the Majes Valley
Next Moray and Salinas: The Profane Treasures of the Sacred Valley 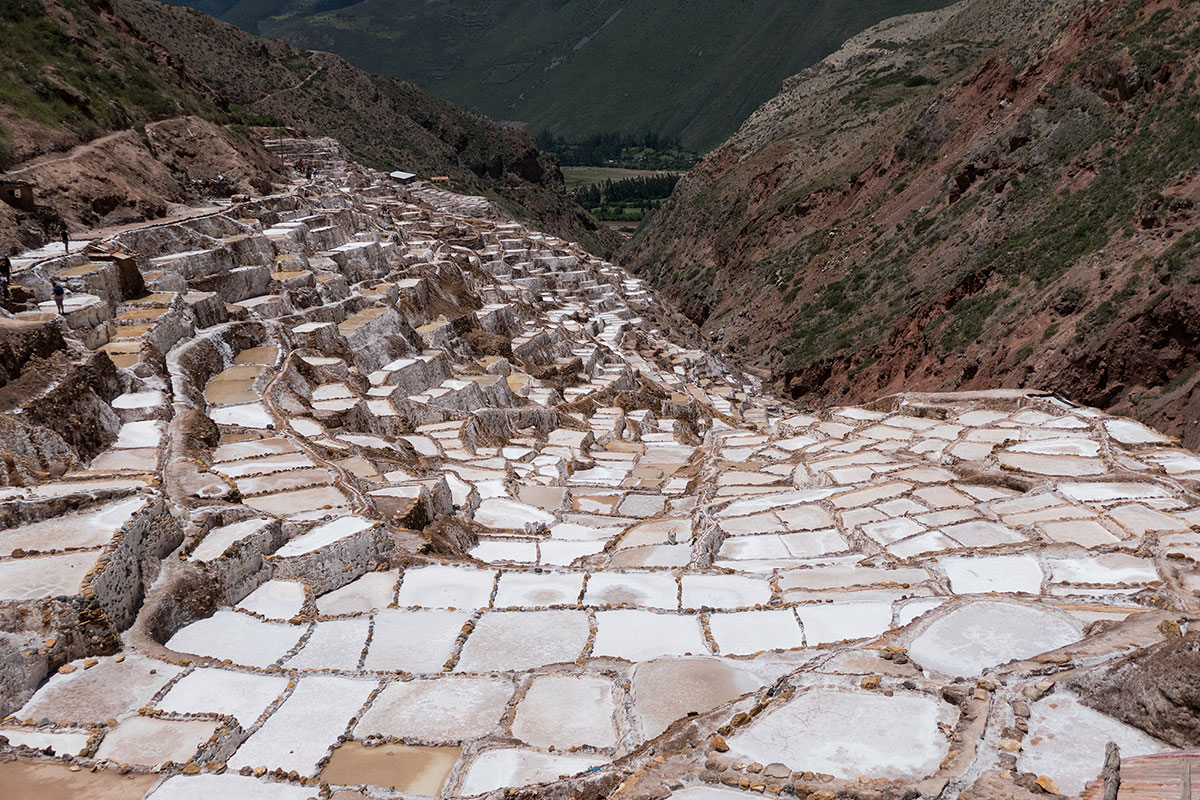 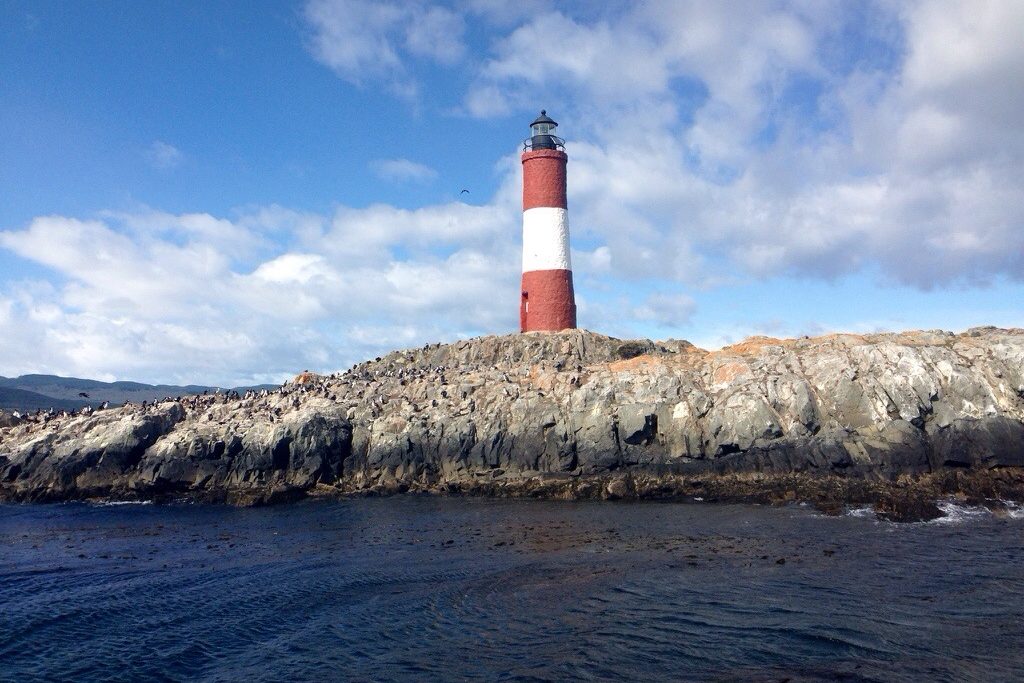