I spent 2,5 weeks in Buenos Aires. It took me a while to get some sense of order here. But it was immediately clear to me – I love this city. Here what I did there.

The city. Vibrant, noisy, colorful, trashy, glossy. With Parisian flair, some  New York touch, and relaxed southern temper, so familiar, but unique. It’s vivid, dense and intense. Buenos Aires, I love you so much!

It was a spring I could dream about. Wonderful warm sun and constant breezy air. The heat felt so good with this breeze. Buenos Aires – good air, what a great promise! I love that blooming trees, jacarandas, with no leaves they seem to be so weightless, etheral. And here the best part of it – that beauty lasts for weeks!

It makes a huge difference how much time you have for a city. Especially for a one like Buenos Aires. 2,5 Weeks felt almost like I would live there, and not travel. I had my daily routines, I had my favorite places, and the most important, I had no rush, no time pressure of trying to see the main must-see sites of the city. In fact I didn’t even have a plan or much of a research, which was very untypical for me. I just loved picking a barrio (neighborhood) as a topic of the day and stroll there for hours. Once I took a random bus and drove for an hour, was a pretty interesting experience. I loved doing nothing special, as I could experience the city in its “natural” state, a bit apart of touristic attraction (although a few of them happen to be on my route 🙂 )

…was admired by mind-blowing street art

The other thing that keeps me admired is the street art. I was so excited about discovering the first artwork, like if I had found a hidden spot, then it became more and more, then it was everywhere. I couldn’t get enough of it! Other than in Europe the urban art is not really an “underground” and “unwanted” thing, but an accepted and honored part of the local culture and  history. Since the times of military dictatorship  the suffisticated artworks adorn walls of Buenos Aires tell the city’s story. Along with their cultural value they stand for Argentinas democracy and freedom.

Often when you travel you spend the most of your time outside, not in your hotel or whatever accommodation you booked. You would sleep and take a shower there, and move on. The comfort is not really important at that point, all you need is just a clean place and a comfy bed. That was not the case in Buenos Aires: I had a real home there. I was going to spend there a bit longer than just a long weekend, and it was going to be my home base for the times I travelled to Iguazu Falls and Patagonia. I needed a nice escape as I new, that from a certain point on I would appreciate being home, recharging, relaxing, and I really wanted to have the feeling of living living in Buenos Aires, and not trying to cross off my list the largest amount of must-see-places.

I really had huge luck with my place there, a recommendation of friends. Was not the cheapest option, but it was so much worth. Located in Palermo district (one of the best areas to live in BsAs), the house gave me both good access to the city and relaxation at home. The interior looked great, so lovely, cousy and authentic. The atriums isolated the house from the street noise and were just so wonderful for having breakfast outdoor, or enjoying a glas of wine on breezy evenings – truly magical experience. The light in my bedroom was so wonderful, I loved waking up there. Once I even stayed in bed all day long, because I loved the light and the shadows of hibiscus from atrium.

…rode a lot of buses

Spoiled by the public traffic in Germany I was looking for a system, at least something that would be similar to the systems I knew from Europe. As usual I looked for a map of routes to understand the system, and failed, as there is no such map. There are about 200 routes with multiple variations. A single graphic illustration of the whole system such as a map makes no sense at all, there is a grid-kinda-system described in a book (!), which I didn’t understand at all. Luckily I found an app helping me to figure out the routes. Felt much better since that. With the time I got a feeling how few bus routes run, learned street names, thus became more confident. At the end I could find my way on instinctive level, which made the transportation very enjoyable for me. Beside that I loved the idea of unique design of buses for each route and their vintage look – just gorgeous!

The traffic: a lot of it!

They drive fast in BsAs, the sense of order is different as the one in Germany 🙂 but they drive good, doesn’t seem like crazy and dangerous. And to my surprise there is not much of hooping. But still the traffic noise is omnipresent. Mainly because 6+ lane streets is a common thing in Buenos Aires. No wonder you will find here the widest avenue in the world, the Avenida 9 de Julio with its 18 lanes.

I took almost daily classes at the DNI tango school and some other teachers. The yoga at DNI before or after the dance class was just great!

The routine feels good, made good progress. It’s a huge advantage to have a constant partner to dance and practice with. I was lucky to have a guy from Frankfurt traveling same time as me, so that I was not forced to practice with random dancers. I don’t think I would take any classes if not Dirk. To me that would be a waste of time and money, as I don’t believe in efficiency of that kind of learning. In that case I would be happy enough with just some Milongas.

Talking about milongas: I’ve been to few milongas. The ones with higher level of dancers (mostly local people) end up being very boring to me. The locals dance with locals, the foreigners sit and wait. Had a few really frustrating evenings like that. The milongas with less formal atmosphere were not that exciting either, as the level of dancers were too low, most of them were beginners. I came to the point I could make a better use of my time without milongas. As sad as it  is, I get better dancing in Europe! Well, may be I’ll give it another try when I’m back in here, but BsAs has more than tango, and I’m going to discover it.
The best tango highlight I’ve experienced by now was the practica on Saturday at the DNI school. With live bands!

No matter what you take, a puristic piece of meat in a simple parilla (grill) or a beef sandwisch in a bar, its just so tasty. I ate meat almost daily, other than in Germany. The salads here were not a gourmet experience. It’s usually some lettuce and veggies with no dressing. You get some olive oil and vinegar (low quality) instead. Long story short – salads were very uninspiring. I didn’t drink much wine in BsAs, as I aimed to dance in the evenings. Tango and alcohol doesn’t work good for me. But I had some wonderful red wine in Patagonia – Argentine Malbec countered my heart forever.

The most friendly local people I’ve ever met traveling.

Usually tourists are nerving. But I didn’t feel like I would bother local people a lot. Instead I got help anytime I need it, even before I asked for. I got an advise or direction any time they saw my searching eyes. Couple of times I was told to watch my bag or to hide the camera for my own security.

Once  I was absolutely touched, how an older lady (in her 70s) helped me with the bus. Sometimes it’s tricky to find the bus station you need. So I asked her if I was right on that street. She explained me detailed how to find the desired station. I confirmed that I understood. Obviously my Spanish didn’t convince her much, so she asked me to follow her. I felt so guilty to have made her to walk three blocks. Then she waited the bus to arrive, talked to the driver again and made sure I’m on the right route. I was so touched, so speechless.

There were many moments I could see how respectful people were to each other, like when older people or women with a child would enter the bus – everybody was ready to make some room and give their sits. I learned to be attentive to my environment while riding public transportation, in order to merge with locals.

…as vivid as their city is 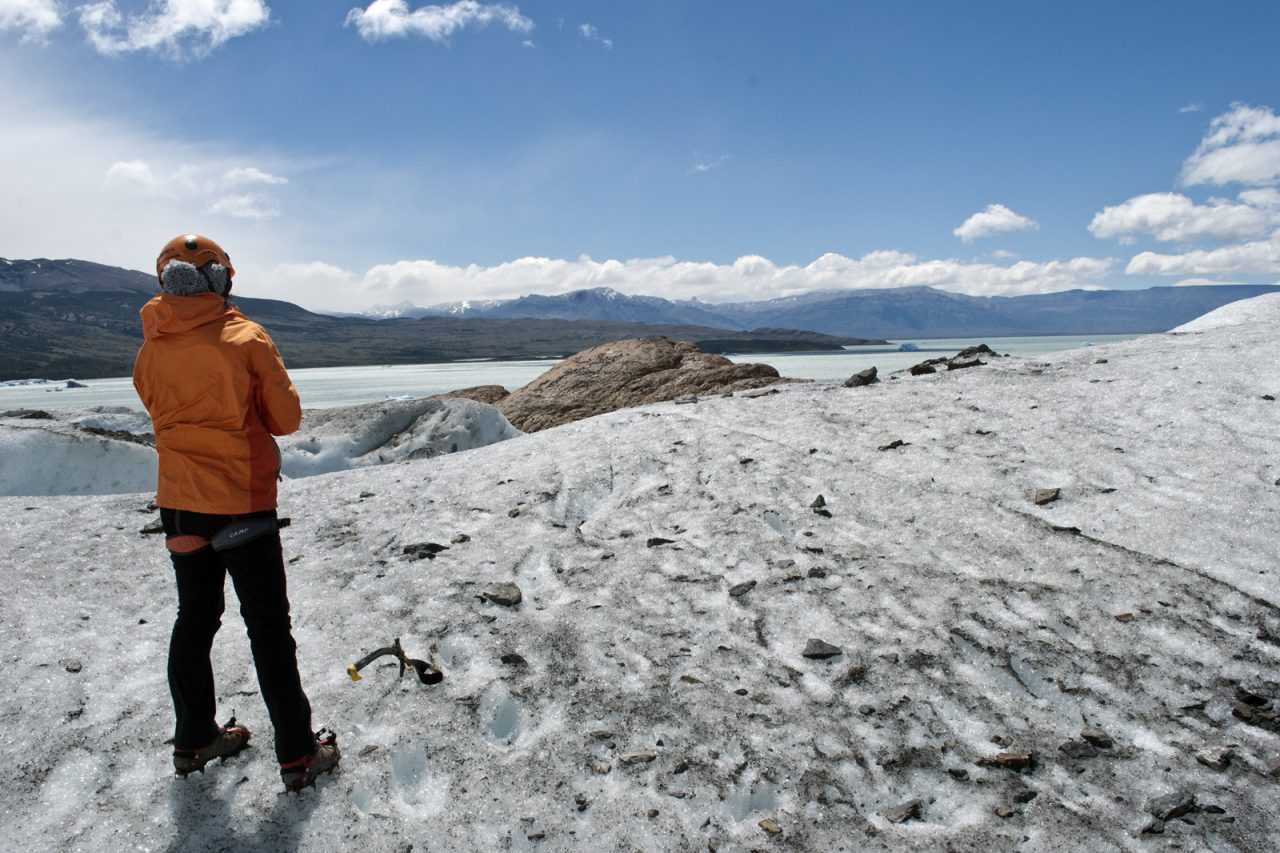 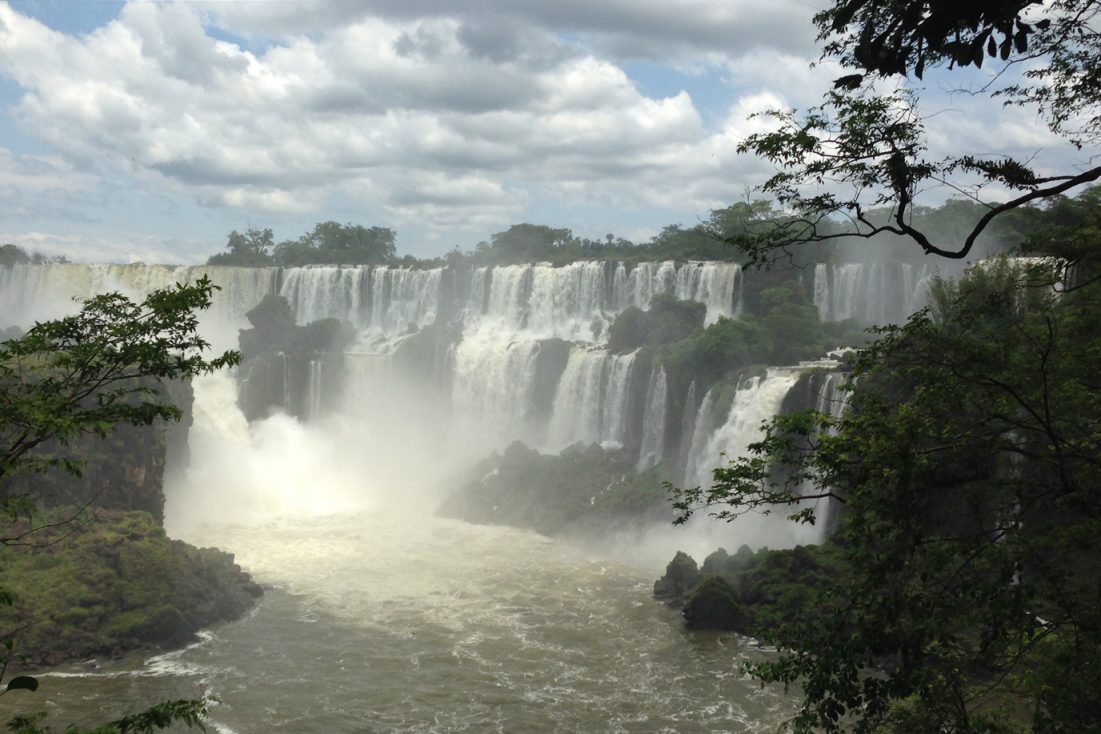